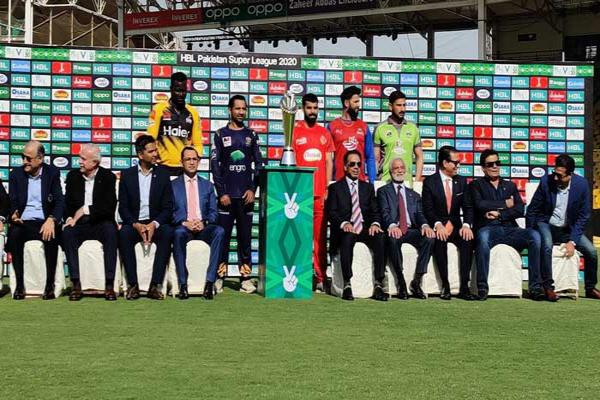 The most awaited part of the HBL PSL 2020 is no more a mystery as the glittery trophy for the fifth edition of PSL has been unveiled on Wednesday at National Stadium, Karachi and the probable population is loving it.

No one can easily take off their eyes from the shiny trophy that has been unveiled today to be presented to the winning team ahead of the grand finale at Lahore, Gadaffi Stadium.

Intezar ka waqt khatam hua! Here is your first look at the #HBLPSLV trophy! What do you think? #TayyarHo? pic.twitter.com/FY6rP9SOQJ

The trophy is now the last to be manufactured as no new trophies will be taken under consideration so the recently revealed one will be used for a longer span of time each year.

Ottewill Silversmith designed trophy will also have the name engraved on it of the winning team. The last defenders of the PSL Champions title have been Quetta Gladiators. With each and every franchise having super strong batting and bowling side, it is hard to predict the winner. Let’s see who is going to challenge the trophy for PSL 2020.

The opening match of PSL 2020, that is between Islamabad United and Quetta Gladiators, is just a few hours away which is to be followed by an opening ceremony to be graced by many superstars at National Stadium, Karachi on 20th February, 2020.