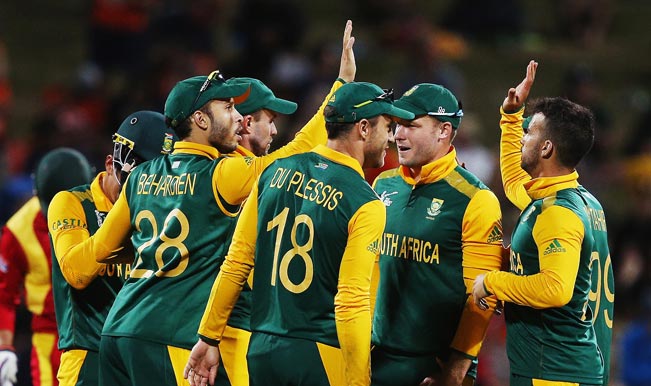 The Cricket World will soon experience another form of cricket, the3T Cricket, where the three teams holding 8 players in each will be playing in a single game.

Cricket South Africa (CSA) will play its first match of the 3T Cricket on 27th June and the three teams will be led by Kagiso Rabada, AB De Villiers, and Quinton De Kock.

There are several rules for this format of the game:

A game of 3TC cricket consists of 36 overs divided into two halves of 18 overs each. In the first half, each team faces 6 overs from one of their opponents. In the second half of the game, each team resumes batting, facing another 6 overs, but this time from their other opponents.

The rules of game highlights that a match is contested between three teams of eight players each and the team’s bat for one inning of 12 overs split between two 6-over periods, facing one opponent in the first half and the other opponent in the second half.

Teams’ turns in the first half will rotate from batting to bowling to the dugout. With the starting positions determined by a draw and in the second half, teams bat in order of the highest scores in the first half. Source: GeoSuper

“Most runs wins Gold, second Silver, and third Bronze. If 2 teams tie with most runs, super overs decide Gold; if all 3 teams tie, all get Gold; and, in a tie for second, Silver is shared,” it adds.

Graeme Smith, the former South-Africa skipper, believes that this format of the game is going to bring another kind of excitement to cricket and players will get back into action for which, CSA, are so excited.

“I know that the players are itching to get back into action as well, which is why we as CSA are so excited about the Solidarity Cup. It’s a thrilling new format and a match that is working towards a greater good. We are proud to partner with 3TeamCricket on this project.” Smith said in a statement issued by the board.