Queensland vs Victoria, The 12th Match of the Sheffield Shield:

Queensland won the match by 59 runs.

Queensland vs Victoria, the 12th Match of the Sheffield Shield series ended up in Queensland’s favor after the brought down Victoria on a total of 130 runs in their chase for a target of 190 runs as Queensland secured their 2nd win of the tournament. 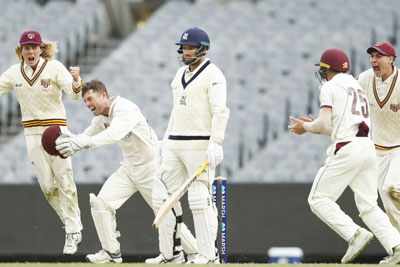 Victoria won the toss and opted to field first. Victoria started out nicely as they took 4 wickets for just 34 runs. Charlie Hemphrey scored 64 runs from 130 balls to save Queensland from collapsing without a fight as they finished their first innings on 183 runs after losing all their wickets. Peter Siddle and Jon Holland claimed 3 wickets each, while James Pattinson and first-class debutant Will Sutherland took 2 wickets against Queensland.

Victoria was leading the match by 117 runs. Queensland’s Mark Steketee and captain Jimmy Peirson contributed an 88 runs partnership for the eighth-wicket to set up a defendable total for their team.  Mark Steketee scored 52 runs from 76 deliveries, while Jimmy Peirson remained unbeaten for 51 runs from 155 balls as Queensland finished on 306 after losing all their wickets.

James Pattinson took 4 wickets for 66 runs and Peter Siddle got 3 for 58. Will Sutherland got 1 and Chris Tremain claimed 2 wickets for 71 runs.

Victoria required 190 runs to win the match. After receiving a decent start from the openers, they lost 3 wickets for 52 runs. Aaron Finch and Jake Fraser-McGurk brought their team to 82/4 but the Queensland bowlers did not give them any room to breathe as they claimed one wicket after the other. Victoria finished on 130 runs in their chase for a target of 190 runs. Mitchell Swepson took 3 wickets for 17 runs. Mark Steketee, Jack Wildermuth, and Blake L Edwards took 2 wickets each, while Cameron Gannon took 1.

Queensland is now 2nd on the points table, having lost 1 match and won 2 out of the 4 they played with 17.38 points. On the other hand, Victoria is on the bottom of the points table after losing 3 out of 4 matches as one of their matches got drawn with 7.14 points. Ravindra Jadeja is brimming with certainty after the Indian cricket crew's success against Australia in the Boxing Day Test.…

Pakistan vs Zimbabwe: PCB tweaks timings amidst weather conditionsThe Pakistan Cricket Board (PCB) has jerked timings for Pakistan vs.… 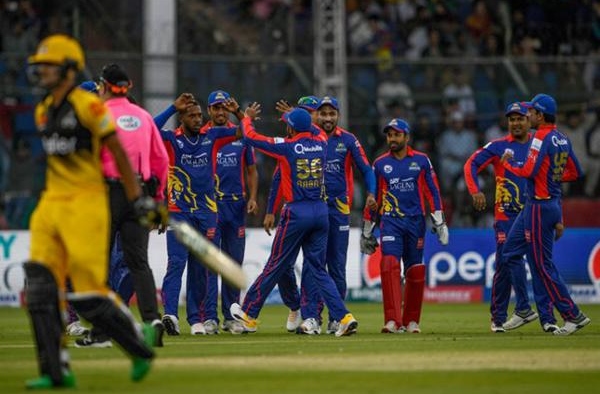 Three early wickets restricted Zalmi on 151Beginning with the perfect over, Amir got two wickets trapping Zalmi's batsmen into…