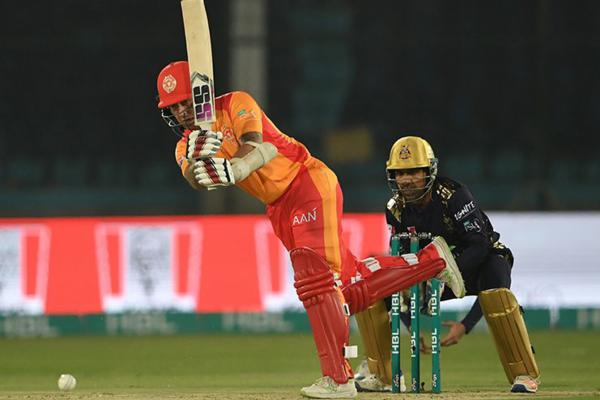 After losing the first match against Quetta Gladiators (QG), Shadab Khan’s Islamabad United (ISLU) have tried exceptionally well with the bat as they have handed over a very fine total for Quetta Gladiators to chase.

With both the teams occupying first and second positions on the table having won two matches out of three are in clash against each other for the second time at Rawalpindi stadium. It is to be noted that Rawalpindi Stadium is hosting first ever PSL match in the history that too with the home-side playing infront of the Pindi crowd.

ISLU after losing one have their eyes to revenge from QG and they have put a total of 187 runs with a target of 188 needed off 20 overs.

Shadab Khan who played a brilliant innings against Lahore Qalandars in their last match shined today once again scoring 39 off 25. Also, Colin Ingram did well reaching a knock of 63 runs.

The Gladiators side will now heavily rely on their batting line-up and the opening duo with most concerns to take over another victory over ISLU. Where as Shadab’s side has to perform well in the field with the ball to hand QG another defeat in PSL 2020.

ALI ZAFAR TO BE THE VOICE OF PSL AGAIN