Changes in Pakistan squad for ODIs against Sri Lanka

Pakistan’s new head coach and chief selector, Misbah-ul-Haq announced the changes in Pakistan cricket team’s ODI squad for the matches against Sri Lanka in their tour of Pakistan.

Batsman Iftikhar Ahmed, wicketkeeper-batsman Mohammad Rizwan, and spin-bowling all-rounder Mohammad Nawaz return to Pakistan’s ODI squad. The three of them were part of the first squad announced for the upcoming 3-match series against Sri Lanka that will take place later this September by Pakistan’s new head coach and chief selector, Misbah-ul-Haq.

Fast bowlers Hasan Ali and Shaheen Shah Afridi are forced to rest and are not part of the Pakistan’s ODI squad. Shaheen Shah Afridi is suffering from dengue, while Hasan Ali is out because of back spasms. About the other members from Pakistan’s squad for the World Cup which was their last international assignment, Mohammad Hafeez has been left out and is currently playing for St Kitts & Nevis Patriots in the CPL 2019, while Shoaib Malik has retired from ODIs.

Mohammad Rizwan who was left out of the World Cup squad even though he scored two hundreds against Australia in an ODI series when Pakistan’s captain and regular wicketkeeper Sarfaraz Ahmed was rested right before the tournament.

Misbah was asked about Sarfaraz Ahmed’s own batting performance and his place in Pakistan’s side to which Misbah responded by saying only Almighty knows the future. Misbah urged everyone to give Sarfaraz Ahmed a chance as he had worked a lot on his fitness. Misbah mentioned that the biggest mistake Sarfaraz Ahmed made was to not give himself a chance to prove as a batsman. Misbah added that Sarfaraz should not underestimate himself as a batsman.

Pakistan’s batsman Iftikhar Ahmed made his last appearance in November 2015 against England. Misbah-ul-Haq explained that Iftikhar Ahmed’s batting record and his ability to bowl off-spin made him a very attractive pick for Pakistan in the post-Hafeez/Malik era.

Pakistan’s head coach and chief selector Misbah said Iftikhar Ahmed has a 50plus average in List A, Iftikhar has been a top performer in the last three to four seasons and Iftikhar Ahmed is, Misbah thinks, their fifth bowler.

Misbah further complimented Iftikhar Ahmed by saying his fitness is excellent and he is a mature player, fielding-wise good, he can do bowling, he can bat, he has a decent strike rate and average so that’s the reason they decided to bring him back into the squad. Misbah explained that previously Iftikhar Ahmed was not selected into the team because of Mohammad Hafeez and Shoaib Malik’s presence, now Iftikhar is in the team and he can bowl off-spin as well.

Mohammad Nawaz is a 25-year-old all-rounder of Pakistan’s cricket team. Mohammad Nawaz made his ODI debut in the Pakistan team in their match against Ireland in August 2016. Mohammad Nawaz has played 14 ODIs and took 16 wickets with an average of 36.43. Mohammad Nawaz played his last game for Pakistan on 26 September 2018 against Bangladesh in the super four, Asia Cup at Abu Dhabi.

“England not ‘afraid’ to drop Broad or Anderson” 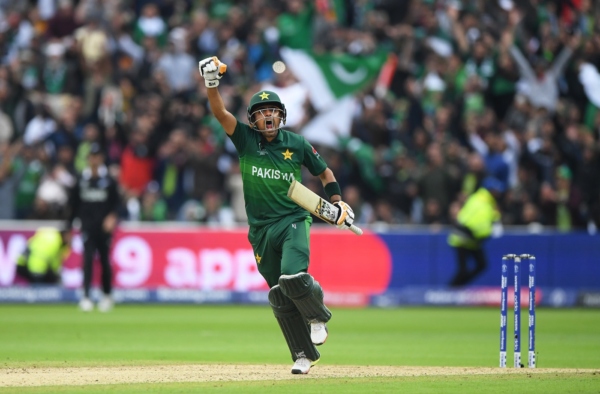 Will Babar Azam regain his No. 1 T20 batsman title once again? The International Cricket Council (ICC) announced the latest…