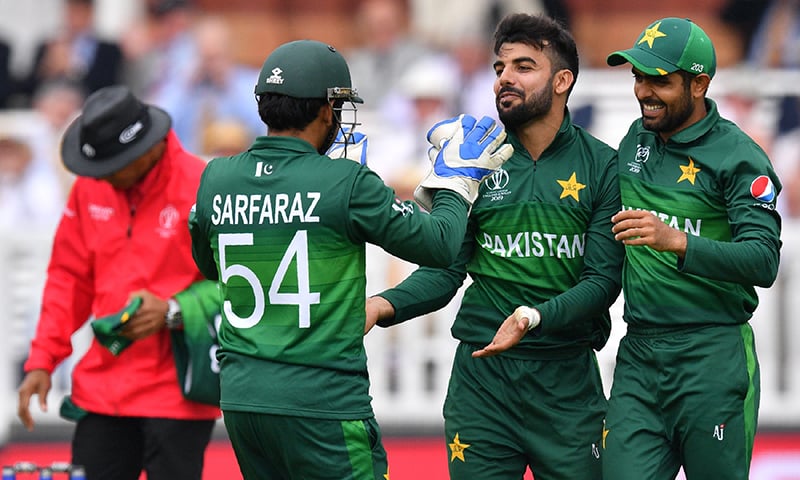 Shadab Khan, the Pakistani leg-spinner, is known to be the backbone of Pakistani fielding line-up. People always find him tremendous with energetic potential in the field and compassionate towards the game. The right-handed leggie began his career as a bowler although but his net practicing with the bat has made him a perfect all-rounder.

Earlier, one might not have seen Shadab’s batting side so often but he has risen as a batsman especially after his smashing hits in the fifth edition of the Pakistan Super League (PSL). His attitude towards the game is a way sincere than his fellows and for the reason, Pakistan’s former head coach, Mickey Arthur, has termed Shadab Khan as a born leader.

The Mianwali bornt all-rounder gets lauded with praises so often by other international figures as well. THE 21-years-old kicked off his career on an international level in 2017 when he made his debut against West Indies although he stepped in the ground first time from the second edition of the Pakistan Super League (PSL).

Shadab’s this year’s performance was remarkable. The management saw the potential in him and chose him as the skipper of his franchise which made him the youngest skipper in the history of PSL.

Mickey, on the other hand, also compared Shadab with Babar Azam, who is the consistent batsman of Pakistan in all the formats, saying that Babar is gonna be the great leader but Shadab Khan is already a leader.

“Babar Azam has now taken the charge because of his performances, he has now become a leader of Pakistan’s dressing room but I tell you who is the other leader in that dressing room, it is Shadab Khan,” Arthur said while talking on Youtube podcast show.

“He needs to be more in that dressing room, he [Shadab] is a born leader because of his attitude, the way he thinks about cricket and the way he plays the game,” he added. Asia Cup will go ahead as planned, either in UAE or in Sri Lanka: PCBCoronavirus has badly interrupted the…

Saeed Ajmal recalls why he wanted to smash Anderson's head with his batSaeed Ajmal, the finest former leg spinner… Zafar Gohar excluded of the squad after the three-man squad arrived EnglandZafar Gohar, the left-armed leg-spinner, has been excluded…