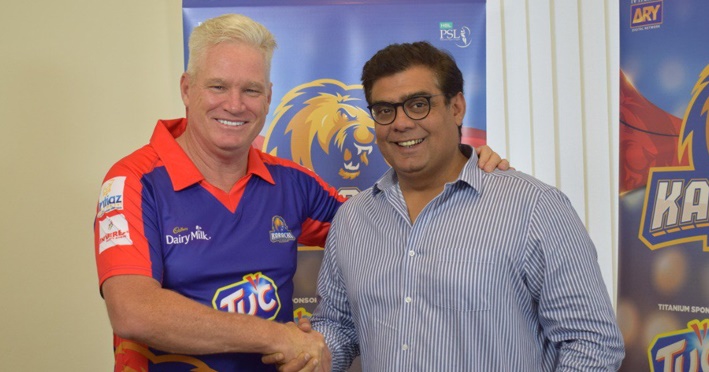 It has happened the first time in the history of the Pakistan Super League (PSL) that Karachi Kings have qualified for the final. The team faced Multan Sultans in the qualifier round and faced some real thrill in the game.

After they won the toss and elected to field, they had their eyes on 142. As the score leveled, the two struggling teams went for the super over. Luckily, Kings won the super over by 4 runs leaving MS to struggle once more as they will face the winners of Eliminator 1 in Eliminator 2.

As Eliminator 1 is going on at National Stadium Karachi, Lahore Qalandars, examining the slow pitch, have favored to bowl first. They are trying their depth to win being qualified for another roller coaster before the final.

However, the Kings find their victory incomplete without the late Dean Jones who was elected as their coach last year. He brought breathtaking strategies for the Kings’ family that took Karachi till the Qualifier round.

The owner of the franchise, Salman Iqbal has dedicated the victory to Jones posting a tweet soon after the match was winded up. Other than him, many cricketers of the family have posted about missing him.

Also, the players of the Multan Sultans and KK paid tribute to him forming a D.

Finally, we are in the finals! Thank u #Karachi, this is for you and @ProfDeano #YehHaiKarachi

Finally we are in the finals! Thank u #Karachi , this is for you and @ProfDeano #YehHaiKarachi pic.twitter.com/Cc4UR4lMnB