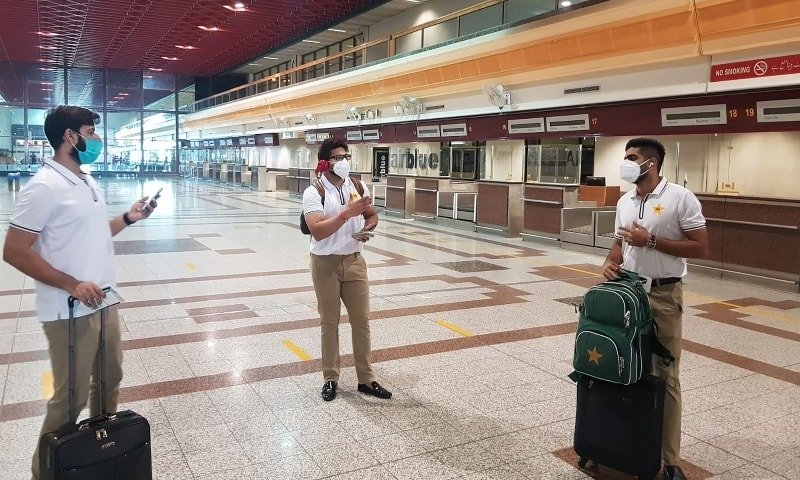 The England Cricket Board (ECB) has conducted COVID-19 test of Pakistan 20-men squad that has reached England, Manchester, on 29th July.

Along with the twenty players, 12 officials were also tested including the bowling coach, Waqar Younis, who has joint the squad for the England tour.

The ECB has arranged for Covid-19 tests to be done for all 20 members of the Pakistan squad today, as well as the 12 officials including Waqar Younis who has joined the squad in England

The team now has been sent to Worcestershire where they will be isolating for fourteen days.