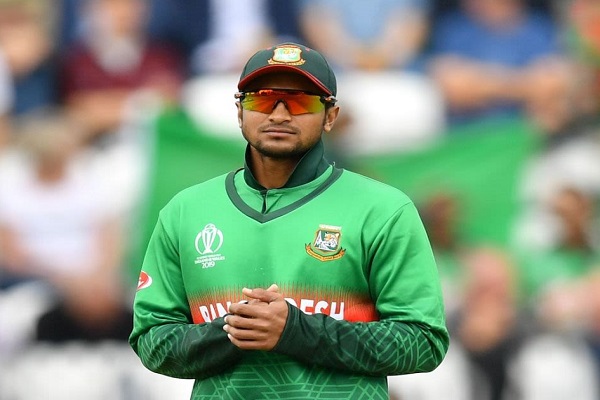 Bangladesh Cricket Board named Shakib Al Hasan in the starter crew for the Test and T20I arrangement against the West Indies, denoting the star all-rounder’s re-visitation of public retribution in the wake of serving a boycott for not announcing degenerate methodologies.

The southpaw was restricted for a very long time, one year of it was suspended, for neglecting to report degenerate methodologies by a supposed Indian bookie during the Indian Premier League.

Shakib Al Hasan had filled in as Bangladesh’s Test and T20I commander before his boycott, which finished on October 29 a year ago.

Previous captain Mashrafe Mortaza, who is the nation’s most noteworthy wicket-taker in the 50 over organization and furthermore the longest-serving skipper, was avoided with regard to the 24-part ODI crew.

‘We regard him (Mortaza), he has done a great deal for the nation. I have addressed him in detail, so there won’t be any misconception. It was intense however we need to consider the truth and continue looking forward,’ boss selector Minhajul Abedin was cited as saying by ‘ESPNCricinfo’. ‘We took a joined choice after meaningful conversations with group the board, and thinking about everything (chose to) to put off Mashrafe.

‘We didn’t forget about anything. Everybody partook in the conversation including the wellness mentor and bowling trainer. For the player who replaces him, it will be a new beginning. We need to uncover our young players,’ he added.

The chose players will participate in an instructional course one week from now and will play two practice matches on January 14 and 16. The West Indies visit through Bangladesh starts with an ODI in Dhaka on January 20, trailed by matches on January 22 (Dhaka) and 25 (Chittagong).

The two Tests will be played from February 3 to 7 and February 11 to 15 in Chittagong and Dhaka individually.