Bangla Tigers vs Northern Warriors, The 17th match of the T10 league 2019 resulted in a win for the Tigers after a close game between the two teams. The Tigers scored 102 runs at the cost of 6 wickets while batting first. Northern Warriors could only manage to score 96 runs for 6 wickets in the 10 overs, falling just 7 runs short of winning the match.

The Tigers’ David Wiese was named the “Player of the Match” for his exceptional bowling figures of 3/14, which played a crucial role in defending the total for his team.

The Tigers started collapsing after losing their opening pair. They went from 46/1 to 64/6 towards the end of the eighth over. Robbie Frylinck then rescued his team with his much-needed innings of 36 runs from 12 balls where he struck 4 fours and 3 sixes. Bangla Tigers finished on 102/6 after the 10 overs. Rayad Emrit took 2 wickets for 16 runs. Nuwan Pradeep, Junaid Siddiqui, and Chris Wood took 1 wicket each.

The Warriors required 103 runs to win the match. Lendl Simmons and Nicholas Pooran came to bat first. Nicholas Pooran lost his wicket early as he got bowled by David Wiese in the 2nd over.

Andre Russell made the Tigers worry for a bit after he smacked 41 runs from 25 balls with 3 sixes and 3 fours before he lost his wicket to Thisara Perera.  Sam Billings also scored an unbeaten 13 from 5 balls, but it was all in vain as Northern Warriors finished on 96/6 after the 10 overs. David Wiese took 3 wickets for 14 runs. Robbie Frylinck, Qais Ahmad, and Thisara Perera took 1 wicket each. 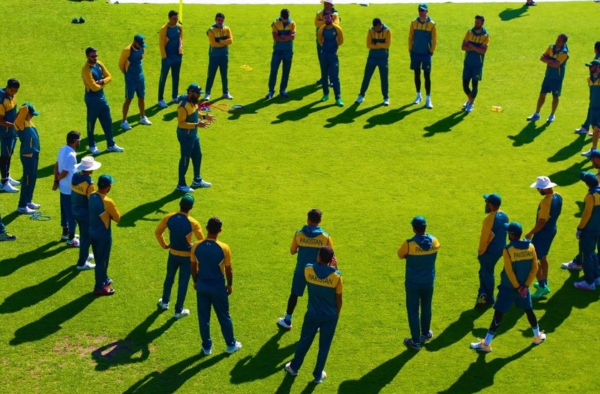 PCB no more sponsorless: Signs contracts with various brands The Pakistan Cricket Board (PCB) has extended a year contract with…