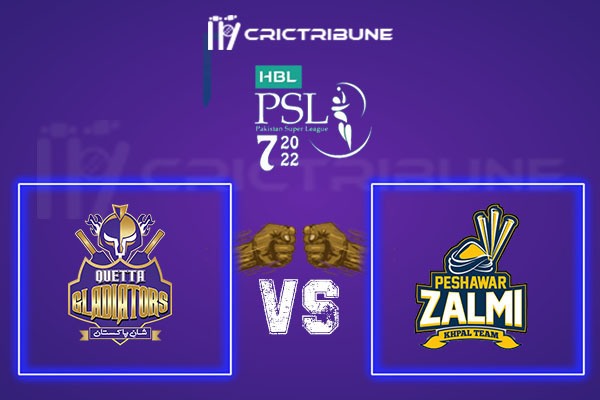 The second game of the PSL 2022 will see Peshawar Zalmi taking on the Quetta Gladiators on Friday.

Quetta Gladiators would be hoping to start afresh this year, forgetting the memories of the last year wherein they ended at the last position on the table. They have added quite a good number of players in their ranks this year and will be hoping for a good result this time around. The star all-rounder Shahid Afridi will miss this game due to Covid-19.

Peshawar Zalmi were the runners up of the previous edition and would be hoping to leave no stone unturned this time to fulfill their dreams of clinching the PSL trophy. They have added a good number of attacking batters in their side and would hope to start their campaign on a high note once again.