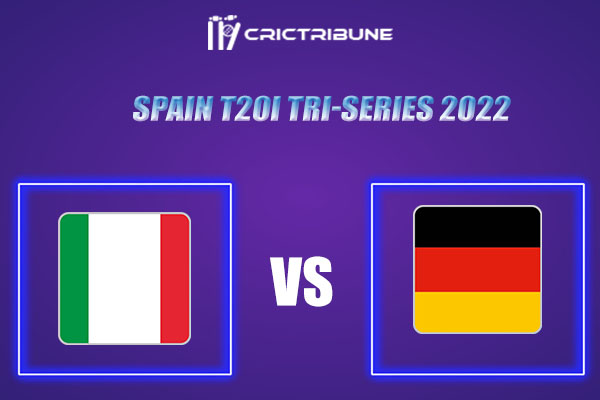 Germany will be taking on Italy in the first two matches of the tournament.

These two teams have played five matches against each other in this format in the last few years where Italy won four matches while Germany managed to win just a single game.

Germany is ranked 35th in the ICC T20I rankings and have a lot of experienced players in the squad. On paper they are pretty strong but will have to show the same on the field in this series.

On the other hand, Italy are 29th ranked team. This will be an interesting series as all the sides have got plenty of cricket under their belt from the ECS tournament. This promises to be an exciting match.

It’s a herculean task for the batters to score runs on this surface. It’s difficult to set the target on this venue. Even the score of close to 140 is defendable at this venue.