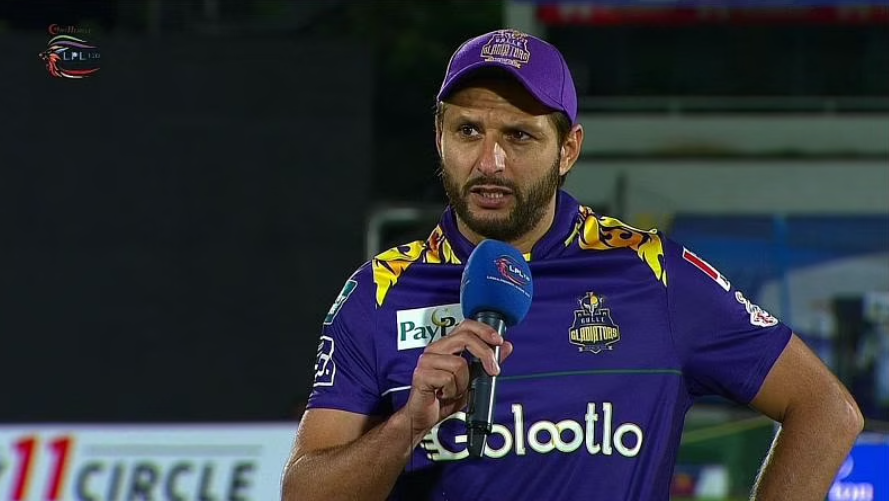 The inaugural edition of the Lanka Premier League (LPL 2020) has faced many big blows due to the several cancelations following the pandemic. Later, the auctioned players started refraining themselves for some reasons which include the names of Chris Gayle, Lasith Malinga, etc.

Also, Galle Gladiators’ Shahid Afridi had bid a temporary farewell to the T20 league. He tweeted that he urgently has to leave for some personal issues and is hopeful of joining the team as soon as his matter gets resolved.

Also, earlier, he was a bit late to reach the island country missing his flight. The circulation of news was speculating Afridi’s young daughter’s illness as the reason to quit in the midways. However, Afridi has denied the news telling ‘Jung’ that his daughter is ‘totally okay’.

Notably, Afridi’s team has made it to the semifinals as the Purple force is all set to play the 1st semifinal against the Colombo Kings.

The second semifinal is scheduled to play between the Dambulla Viikinga and Jaffna Stallions. The league has gained popularity in its inaugural edition and the SLC seeks to continue the tournament in further years.