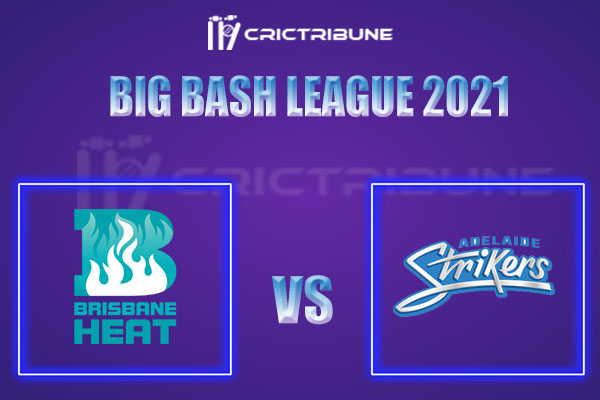 Adelaide Strikers and Brisbane Heat will face each other in the 18th match of the BBL 2021/22 on Thursday. Adelaide Strikers are struggling to find the right combination in this tournament as they have already lost 3 matches. The batters haven’t fired to their full potential which is the reason behind their downfall. They are placed at the fourth spot in the standings with 7 points.

Brisbane Heat, on the other hand, didn’t live up to the expectations despite having star players in their line-up. Their only win in this tournament came against Melbourne Renegades where they won the match by 5 wickets. They lost to Sydney Thunder badly in their previous game by 53 runs and encountered their third loss in this tournament.

It’s a beautiful wicket to bat on in whichever format it might be. The high scores are always on the cards, having said there will be enough assistance for the seamers as well. The batters need to utilize the short boundaries on either side of the ground.