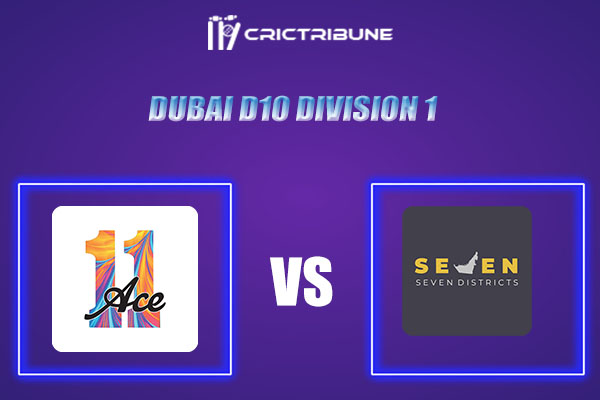 Live streaming: L ivestream of the tournament will also be available on Fox Sports, SuperSport, Willow TV, and Willow HD

This game will see clash between two teams of Group B of this season of the Dubai D10 Division 1.

Seven Districts will be battling against 11 Ace for the first time in the twenty-fourth match of this season of the Dubai D10 Division 1.

The surface at the ICC Academy is a batting-friendly surface and is expected to assist the batters once again here. Pacers might get some help toward the latter half of the match while spinners may come in handy in the middle overs.

The temperature is expected to hover around 30°C on the matchday with 60% humidity and 13 km/hr wind speed. There are no chances of precipitation during the game.