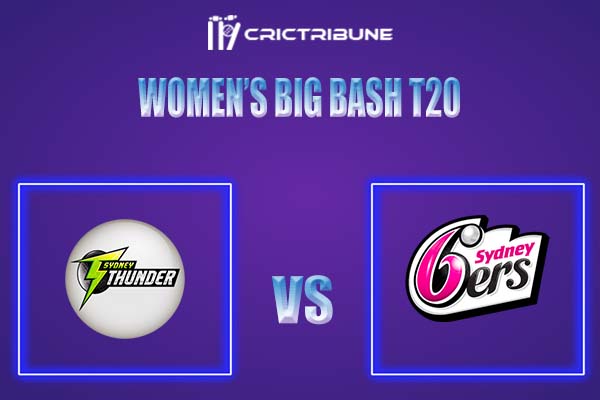 Sydney Sixers Women will go one-on-one against Sydney Thunder Women in the 46th match of the WBBL on Sunday. Sydney Sixers Women lost their previous encounter in this competition, as they failed to defend the total of 91 runs posted by them.

Talking about Sydney Thunder Women, they are not having a good time in the ongoing competition. They have lost 6 out of the 10 matches that they have played and are rooted at the bottom of the league table with 6 points in their bag. Considering their form, Sydney Thunder Women have to play well to beat Sydney Sixers Women in the upcoming match.