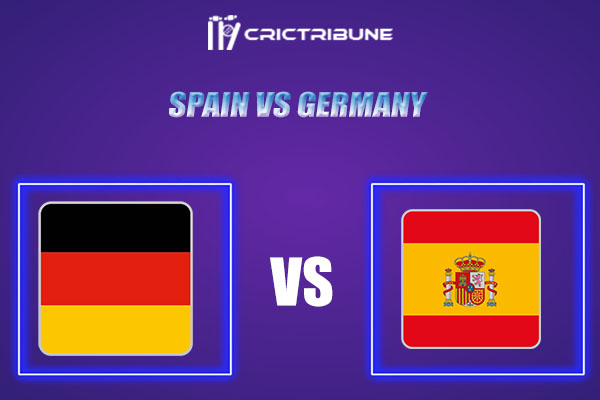 Spain will be taking on Germany consecutive times in the remaining two matches of this three-match T20I series.

In the 1st T20I match, Germany beat Spain by 7 wickets. In that game, Germany won the toss and they elected to field. Coming to bat, Spain managed to put 128 runs for the loss of 7 wickets where Hamza Saleem and Jack Perman smashed 30 runs and 39 runs respectively. Ghulam Rasul Ahmadi, Dylan Alexander Blignaut, and Vishnu Elam Bharathi grabbed 2 wickets each for Germany.

Coming to chase, Germany comfortably chased down the target in the 19th over for the loss of only 3 wickets where Talha Khan and Dylan Alexander Blignaut knocked 51 runs and 47 runs respectively. Adeel Raja took 2 wickets for Spain.

Germany will be eyeing a series win here while Spain would be desperate to turn things on from here.

The temperature is expected to hover around 28°C on the matchday with 62 % humidity and 11 km/hr wind speed. There are no chances of precipitation during the game.

The surface at the Desert Springs Cricket Ground is a balanced one, with decent assistance for both batters and bowlers on offer. It is expected to provide some initial help to the swing bowlers and the spinners might have to toil hard for wickets.