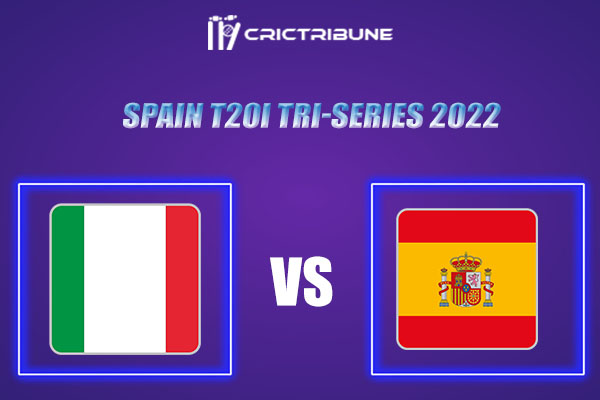 On Saturday, Spain will face Italy in the third match of the Spain T20I Tri-series 2022. Spain will play their first match of the season, they are in good form, having won three of their previous five meetings, and they will look to start the season on a high note. Italy, on the other hand, have lost both of their previous meetings with Germany. Italy were beaten by Germany by 8 wickets in the previous match and are presently ranked third in the points table.

It’s a herculean task for the batters to score runs on this surface. It’s difficult to set the target on this venue. Even the score of close to 140 is defendable at this venue.