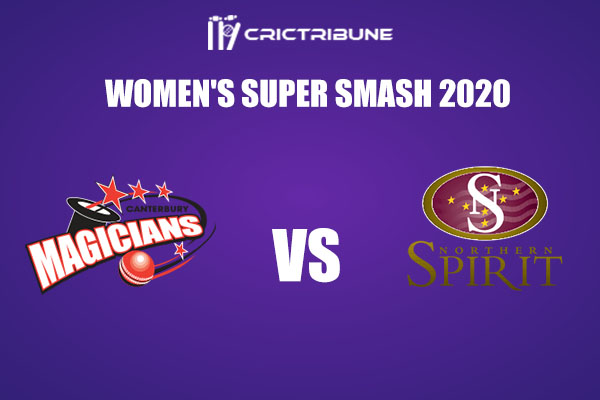 Both Canterbury Magicians and Northern Spirit have won 3 games in the tournament, with the Magicians having played one game less and a better net run-rate to boast of. Poised at number 3 and 4, both these teams look very competitive and the game is expected to go right down to the wire.

The two teams competing are coming from graving losses a few fortnights ago. The Spirit had been completely dominated the last time by the Magicians a few days ago where they lost their 10 wickets at a meagre score of 101. This time around, they will come hard at them on their home turf.

Light showers are expected here at this ground and with the frequency of D/L method being used in the tournament, expect some advantage for the side batting second.

Hamilton has been one of those rare Kiwi tracks that have shown assistance to spinners over the pacers and the pitch is relatively balanced. Teams bowling first have a 100% win record so the Captain’s decision would be a no-brainer on this wicket.