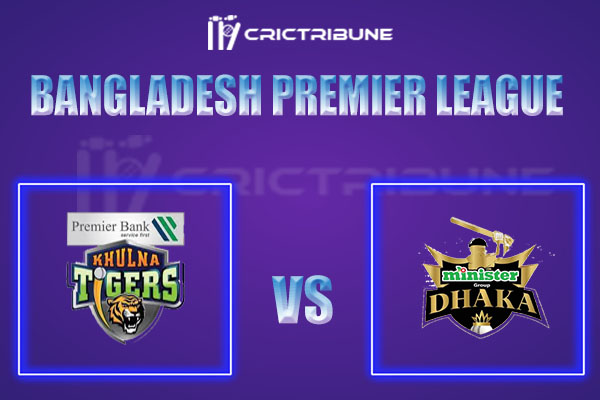 Khulna Tigers and Minister Group Dhaka will be featuring in the second match of the Bangladesh Premier League 2022. KHT has been a part of the BPL since 2012 and is yet to win the trophy. The team qualified to the final of the last edition of the BPL and lost the match by 21 runs to Rajshahi Royals.

MGD is the only team to win the tournament thrice which makes it the most successful team. The MGD won the first two editions of the tournament and then went on to win the 2016 edition as well. During the last season, the team finished in the fourth position and lost the eliminator to Chattogram Challengers by seven wickets.