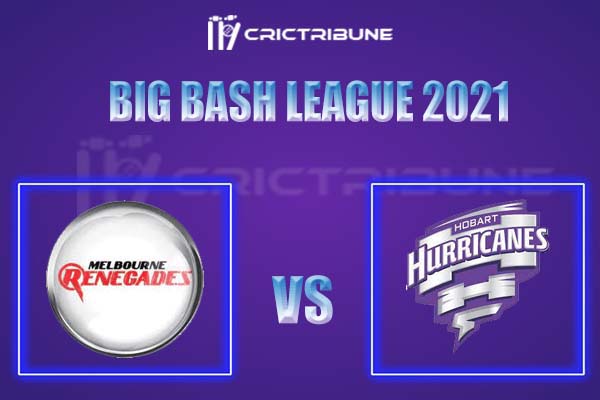 At the business end of the tournament, Hobart Hurricanes will face Melbourne Renegades in the 54th match on Tuesday. Hobart Hurricanes are still fighting for the playoff spot. With their 2 matches remaining they have got a massive opportunity to go through. They kept their hopes alive with a win over Sydney Thunder by 9 runs last week. With 6 wins and 6 losses, they are currently placed at the 5th spot in the standings with 24 points.

The road is almost closed for the Melbourne Renegades as they sit at the bottom of the standings with 15 points. The chances are very slim even if they do win their remaining two matches. The scenario would have been different if they had won the previous game against the Stars.