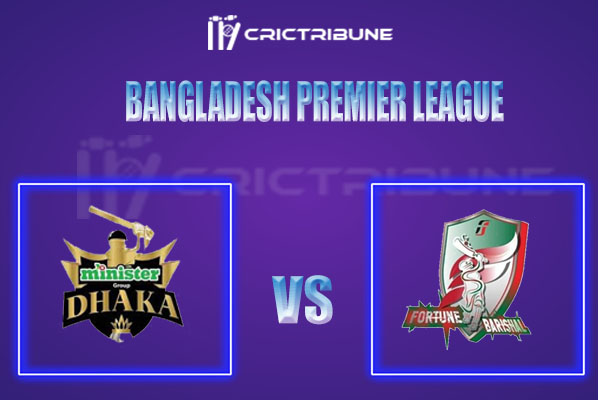 Fortune Barishal will be up against Minister Group Dhaka in the 5th match of the Bangladesh Premier League 2022 on Monday. In a low-scoring encounter, Fortune Barishal came out on top against Chattogram Challengers by 4 wickets with 8 balls to spare. Alzarri Joseph shone with the ball and later batters secured the two points for them. They bat deep which is an added advantage.

Minister Group Dhaka, on the other hand, have got the worst possible start into this tournament with two back-to-back losses against Khulna Tigers and Chattogram Challengers by 5 wickets and 30 runs respectively. They need to be clinical in the coming matches if they want to win matches.