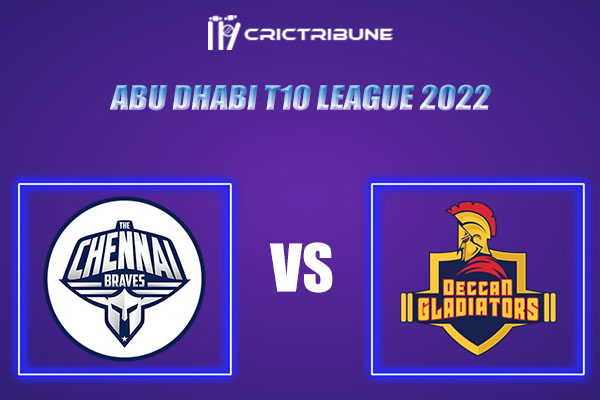 Deccan Gladiators and The Chennai Braves will play the 18th match of the Abu Dhabi T10 League 2022 on Tuesday (November 29) at the Sheikh Zayed Stadium in Abu Dhabi. The Gladiators have won three out of four matches so far and are placed in the first position in the points table. They defeated Delhi Bulls by 18 runs in the last game after scoring 140 runs for the loss of two wickets in ten overs. The Chennai Braves, on the other hand, have had an opposite journey so far as they have lost three out of four matches and are placed in the second-last position in the points tally. They lost their last game to Northern Warriors by 34 runs after failing to chase a target of 142 runs.

Suggested Playing XI No.2 for DG vs CB Dream11 Team: