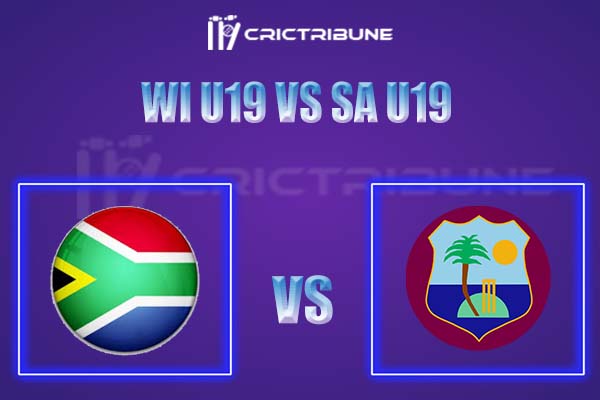 We Provide Fastest WI U19 vs SA U19 Live Score Dream 11 on www.crictribune.com

South Africa U19, on the other hand, will be playing this series as part of their preparation for the U19 World Cup. They haven’t played Youth ODI’s in recent times and however, they have played many domestic matches against top-quality sides.

The temperature is expected to hover around 23°C on the matchdays, with 65 % humidity and 14 km/hr wind speed. There are no chances of precipitation during the game days.

The Kingstown is a batting-friendly surface and is anticipated to assist the batters once again here. Pacers might get some help towards the latter half of the match while spinners may come in handy during the middle overs.