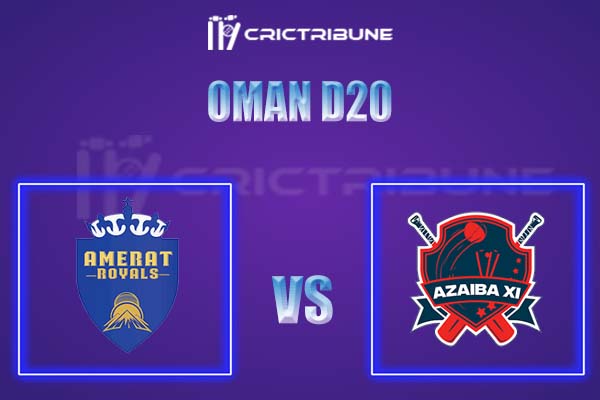 Amerat Royals will take on Azaiba XI in the 20th match of the Oman D20 League 2021 on Thursday. Amerat Royals didn’t go well in their first two matches as they lost quite easily. However, they played an excellent brand of cricket later on and defeated Darsait Titans and Bousher Busters. They are placed at the 5th spot in the standings with 4 points.

Azaiba XI, on the other hand, failed to meet the expectations so far in this tournament. They managed to win only one game out of their 5 matches played. They are still at the bottom of the standings with 2 points to their name.