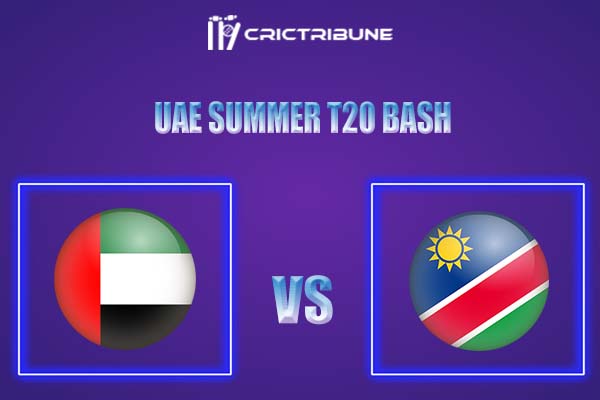 Namibia are ranked in 19th place in the ICC T20I ranking and they recently beat Uganda in three T20I series by 3-0 and will be looking to continue their winning momentum ahead of T20 World Cup.

United Arab Emirates will take on Namibia in the first match of UAE Summer T20 Bash 2021. This match is scheduled to be played at the ICC Academy Ground in Dubai on Tuesday. It is going to be a 4-team tournament that will begin on October 5th. The United Arab Emirates team have announced a strong squad that comprises some exciting talents in both batting and bowling. In batting, they have Waseem Muhammad, who has been in good form in this format.

It will be interesting to watch if he can help his side in winning their opening match with his all-round skills. On the other side, Namibia also look like a settled team who have played some impressive cricket recently, and they also would be eager to get off the mark with a win.

The Pitch of the ICC Academy is a balanced one that provides assistance to both batsmen and bowlers. Pacers get swing and bounce in the initial overs while spinners will play a crucial role in middle overs.