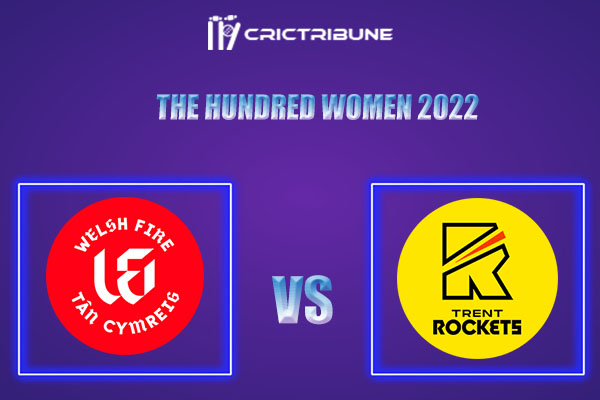 TRT-W vs WEF-W Live Score, In the Match of The Hundred Women which will be played at Old Trafford, ManchesterBPH-W vs MNR-W Live Score, Match between Trent Rockets Women vs Welsh Fire Women Live on 27th August 2021 Live Cricket Score & Live Streaming.

Trent Rockets Women (TRT-W) will be facing the struggling side Welsh Fire Women (WEF-W) in the 21st match of The Hundred Women 2022 at Trent Bridge in Nottingham on Monday. Trent Rockets lost against Southern Brave in their last game by 10 wickets and are now placed in the fourth position with four points from the opening five matches. The Rockets scored 88 runs while batting first with Elyse Villani scoring the highest 25 runs off 25 balls. But the bowlers failed to take any wickets as the Brave reached the target with 10 wickets and 44 balls remaining.

Welsh Fire ended their poor form and registered their first win of the season with an 11-run win against Northern Superchargers in the last match. They scored 123 runs while batting first with Sarah Bryce scoring 36 runs off 30 balls and Annabel Sutherland scoring an unbeaten 31 runs off 22 balls. Then Nicola Carey took three wickets to restrict the Superchargers to just 112 runs.