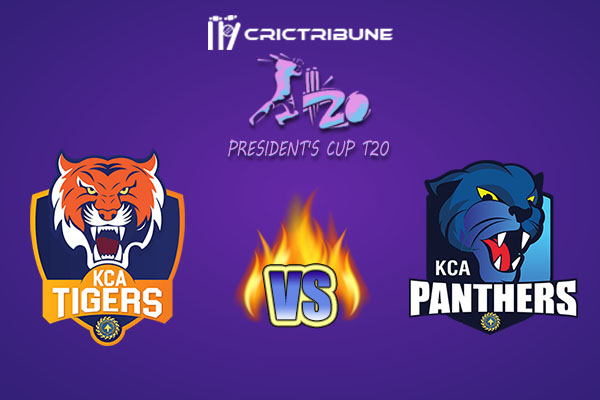 In the 13th match of the KCA Presidents Cup T20 2021, KCA Tigers will take on KCA Panthers. KCA Tigers have won only one match out of four matches they played. In the last match, they showed great fight but ultimately went in vain. Their chances of getting into the finals are very low.

On the other hand, KCA Panthers are at the top of the points table. They have won all of their four matches and are high on confidence. They do not have star players as such who have performed exceptionally, but as a team, they have collectively put efforts. They will come as favourites in the match.