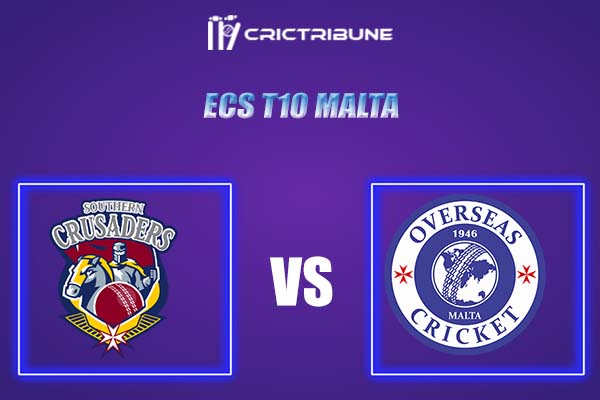 We Provide Fastest SOC vs OVREDK vs SOC Live Score Dream 11 on www.crictribune.com

This game will see the clash between the two sides of Group B of this season of the FanCode ECS T10 Malta.

Southern Crusaders will be facing off Overseas for consecutive times in the twenty-ninth and thirtieth match of this season of the FanCode ECS T10 Malta.

Southern Crusaders have blown hot and cold so far in this tournament. With two wins and as many losses, they are presently holding the third position in the points table. They defeated Edex Knights in the previous encounter by 5 wickets.

On the other hand, Overseas had a disappointing start to their ECS campaign. They lost both of their opening games against Edex Knights by 55 runs and 9 wickets respectively. They’re placed at the foot of the standings hoping for their maiden victory in this fixture.