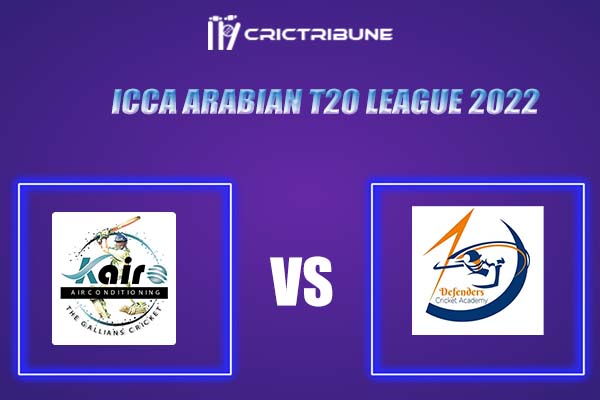 This game will see the fight between the two teams of Group A of this season of the ICCA Arabian T20 League.

Foot Print Defenders will be battling against Gallion CKT Club for the first time in the fifteenth match of this season of the ICCA Arabian T20 League.

Foot Print Defenders played one match in this season of the ICCA Arabian T20 League where they lost that game while Gallion CKT Club played two matches where they lost both games.