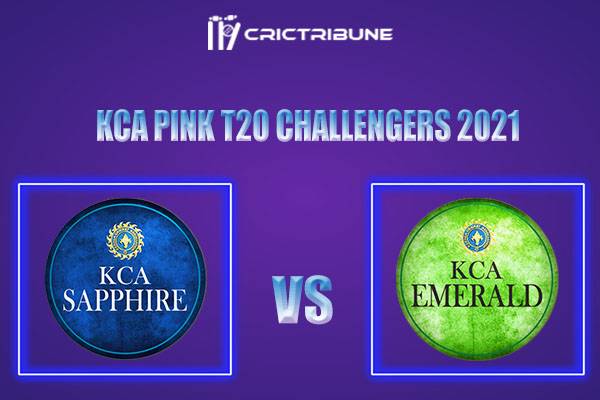 Team Sapphire and Team Emerald will battle it out against each other in the Match 10 of the KCA T20 Pink Challenge. The former secured victory over Team Pearl in the previous game by two wickets, they will aim to continue their winning momentum further.

They are placed at the top of the points table currently with two wins from three games. Team Emerald, on the other hand, emerged triumphant against Team Amber by four runs in the last game. They have also had a similar fortune wherein they have won two games from the three they have played so far.