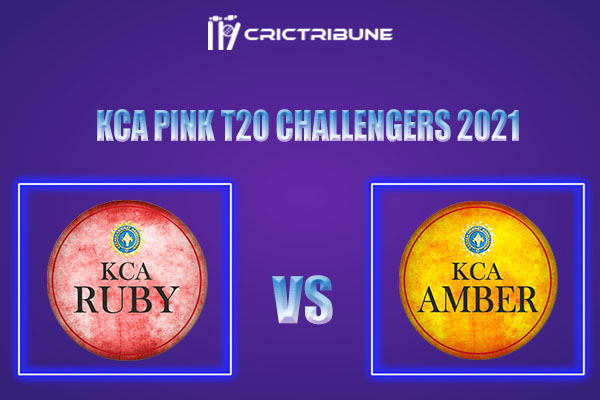 Team Ruby and Team Amber will face each other for Match 9 of the KCA T20 Pink Challenge. The former lost their previous encounter against Team Pearl by seven runs. Whilst chasing the total of 102, they were wrapped up at 94 runs. The team has lost all their three games in the league so far and will aim to get to winning ways.

Team Amber, on the other hand, won their last match by four runs. They posted the target of 116 runs and wrapped up the opposition at 111 runs to grab victory. Team Amber have managed to win two games from the three they have played so far.