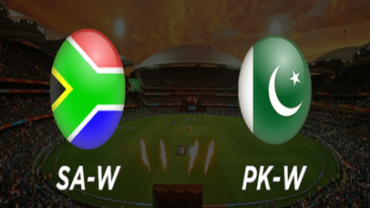 South Africa will play against Pakistan in the 3rd match of the three-match ODI series on Tuesday morning at Kingsmead, Durban. South Africa wrapped up the series in the first two games already and will be expecting to do a clean sweep in the final encounter on Tuesday. It was an all-round performance by the South Africa Women’s team in every department. Everyone contributed equally with the bat and Khaka rattled Pakistan’s middle order. She finished with a match winning 4-wicket haul.

On the other hand, Pakistan Women can come into the game with all the positives they gained from the first two games. They fought well with the bat but could not cross the finishing line. Aliya Riaz and Nida Dar would be expecting to continue their form with the bat and play for the pride to make one final win from the series.

The weather in Durban is perfect for a cricket match. It will be sunny throughout the day with zero percentage of precipitation. The temperature will hovering around 26-28 Degree Celsius.

The pitch for the third ODI will be nothing different. It will get slower in the second half of the game again. Team winning the toss should bat first to use the best time for the batters.