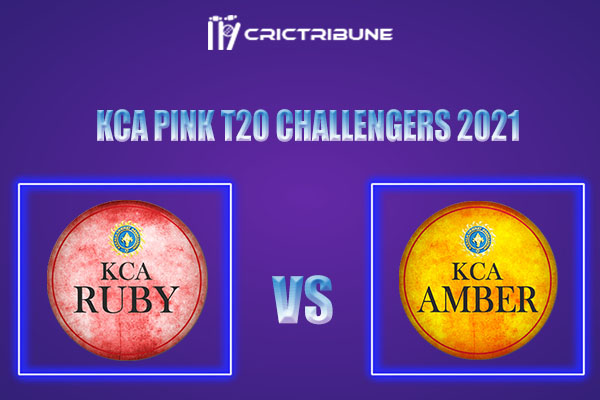 Team Ruby and Team Amber will face each other on Wednesday in the KCA Pink T20 Challengers 2021. Team Ruby are placed third on the points table with 4 points under their belt. Team Ruby has a single win to their name from two matches played so far in the tournament.

Team Amber, on the other hand, are still in search of their maiden win of the league. Team Amber has lost both their opening encounters batting first. Team Ruby will definitely a slight advantage going into this match on the back of a convincing 73-run victory over Team Emerald.

A rain-affected game can be expected on Sunday in Alappuzha. With 59% cloud cover, the temperature will range around 34 degrees.

The pitch is expected to be good for chasing. Also, with the probability of rain, the team winning the toss should look to bat second.