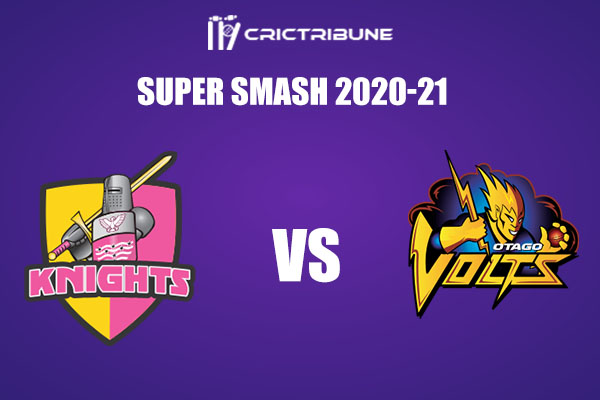 Otago Volts are ready to face Northern Knights in the upcoming game of Super Sash on Saturday. Otago Volts lost their previous match against Auckland Aces, as they failed to chase the target of 184 runs posted by the opposition. Moreover, they have lost 7 out of their nine matches they played in the competition and are rooted on the points table with only 8 points in their bag.

Northern Knights, on the other hand, have had an up and down season. They won their previous battle against Auckland Aces by chasing down the total of 162 runs in the allotted 20 overs. Besides, Otago Volts defeated Northern Knights in their last meeting. They are placed at the 4th position with 16 points in their account.

The weather is forecasted to be partly cloudy and the precipitation are very low. The temperatures is expected to hover around 16 Degrees Celsius mark.

The track at University Oval looks like a batting-friendly one, where batsmen enjoyed batting on this surface. Bowlers have to hit the right line and length to contain the runs flow.