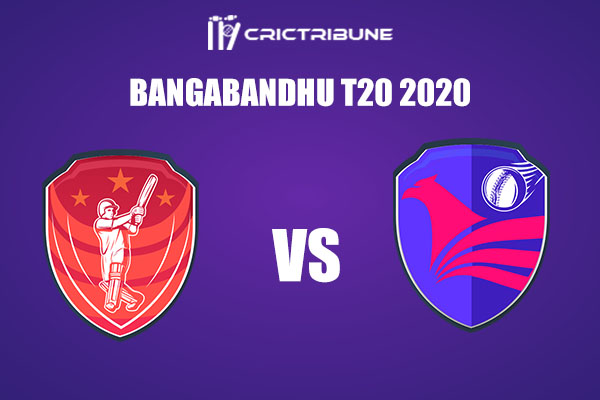 The second game of Wednesday’s Bangabandhu T20 Cup fixtures will see two very formidable sides battling for bragging rights. Minister Rajshahi started their campaign with two consecutive wins. However, a defeat against Fortune Barisal in their last game might have dampened their spirits a bit.

As for Gazi Group Chattogram, their spirits will be high-flying. They have not put a foot wrong in this competition so far and have registered 3 wins in as many games. While the last game was a bit tight, they completely dominated over their opposition in the first two games.

It will be a bit hotter than a usual December’s Dhaka day, with the temperature expected to be around 29 degrees Celsius. We can expect a full game as the chances of precipitation are low.

The pitch is giving nightmares to the batsmen. Scoring runs is an incredibly difficult task here, as anything more than 140 seems like a distant shout.