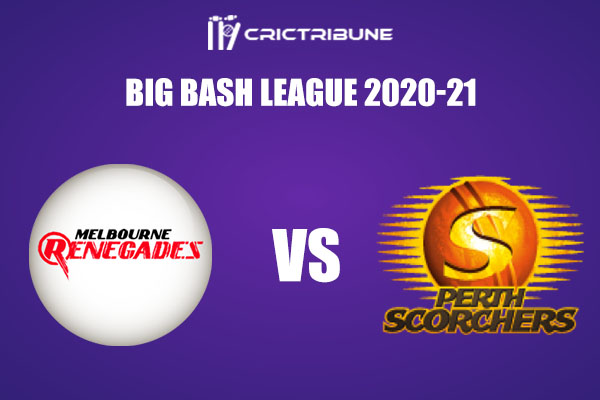 Melbourne Renegades led by Aaron Finch will eye a successful campaign in the competition this time around. The previous BBL season didn’t go according to plan for the franchise, as they ended bottom of the points table.

The Renegades have made a few personnel changes. With the arrivals of Rilee Rossouw and young prospect Jack Prestwidge and the experience of Kane Richardson and Shaun Marsh, the Renegades look good for the long haul.

Their opponents, Perth Scorchers, come into the 2020-21 BBL as one of the more fancied sides. The return of Jason Behrendorff to their roster adds strength to an already strong Scorchers bowling unit. Mitchell Marsh is also set to return after being ruled out of the India series. The arrivals of Colin Munro and Joe Clarke could tilt the odds in their favour.

Both teams have a good balance of experience and youth which should hold them him in good stead. With two of the best teams locking horns on Saturday, we should be in for a cracking BBL game at the Bellerive Oval.

The skies will absolutely be clear in Hobart on Saturday. There is no chance of rain interrupting the proceedings with the temperature hovering around 18-2 Degrees Celsius.

In the first match of the BBL season, the Hurricanes defended 178 against the defending champions Sydney Sixers. Going by the game, expect a similar sort of pitch to be on offer for this match and the team winning the toss should opt to bat.

178 (Only match played this season so far)