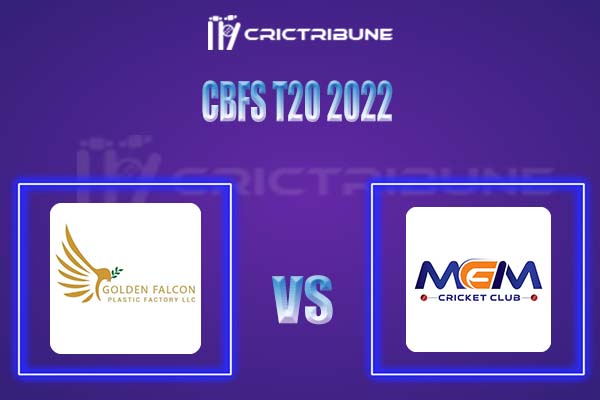 MGM Cricket Club was undefeated in the Sharjah CBFS T10 League group stage, winning all five of their matches. They have a strong batting unit, and their bowlers have also performed admirably. MGM will enter the game with a lot of confidence and will be seeking to continue their league stage form. Based on their performance in the tournament, MGM will undoubtedly start as a favourite in this match.

The NFL Falcons had a league stage game that was below average. Only two of their five matches were in victories, while the other three were losses. The NFL Falcons, on the other hand, will be coming off a 12 run victory against the Aziz Developers in their previous match, which may give them confidence going up against an in-form MGM side. In this game, the Falcons will be hoping for a better performance from their players.