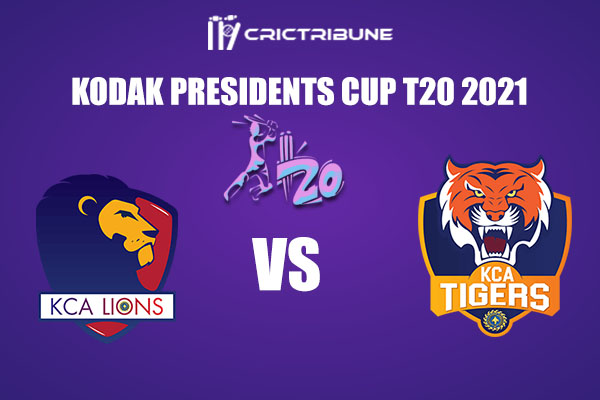 In the 20th match of the KCA President’s Cup 2021, KCA Lions will take on KCA Tigers. When last time these two teams met, the Lions defeated Tigers by 8 wickets. KCA Lions have been amazing thus far. They are at the second spot on the points table, having won 4 out of 5 matches.

This match will be very critical for them, as if they can win this game, they will put one foot in the knockouts. On the other hand, KCA Tigers are at the second last spot on the points table. They have lost 5 out of the 6 matches they have played and their chances of getting into the finals are minimal, if not none.