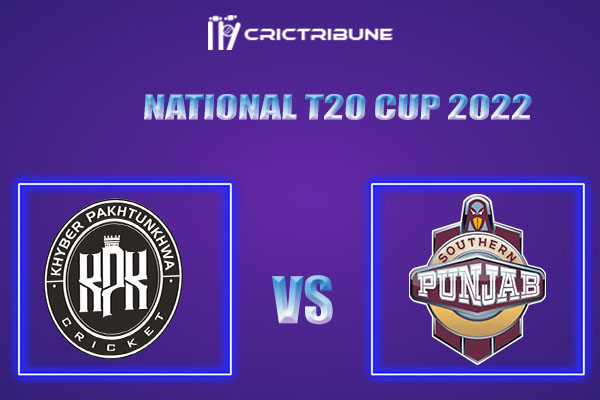 Live streaming: Livestream of the tournament will acccccccclso be available on Fox Sports, SuperSport, Willow TV, and Willow HD

Khyber Pakhtunkhwa will lock horns with Southern Punjab in the 11th match of National T20 Cup 2022. This match will be played at Pindi Cricket Stadium in Rawalpindi. It will be streamed live on Fancode.

Khyber Pakhtunkhwa are on a roll having won all their 3 matches and are the only unbeaten team in this tournament. On the other hand, Southern Punjab are the second in the table with 2 wins and as many losses in 4 matches. This promises to be an exciting match.