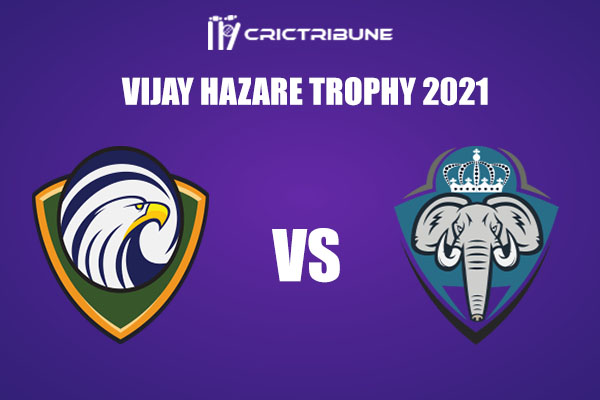 The top two teams of Group C, Karnataka and Kerala are set to lock horns with each other in round four of the Vijay Hazare Trophy 2021 on Friday. Table-toppers Kerala have won all three games they have played in the tournament. Karnataka are not far behind at number two position, with two wins and eight points.

Kerala had the perfect start to their 2021 Vijay Hazare campaign with both batting and bowling units performing well for them. On the other hand, Karnataka made a dominating comeback after facing defeat in their first match. A mouth-watering encounter is expected with both teams flaring with confidence coming into this match.

The weather in Chinnaswamy is expected to be delightful with plenty of sunlight. The temperature will hover around the 28-degree mark.

The pitch at Chinnaswamy is always a batting paradise. Lots of runs can be expected in both innings.