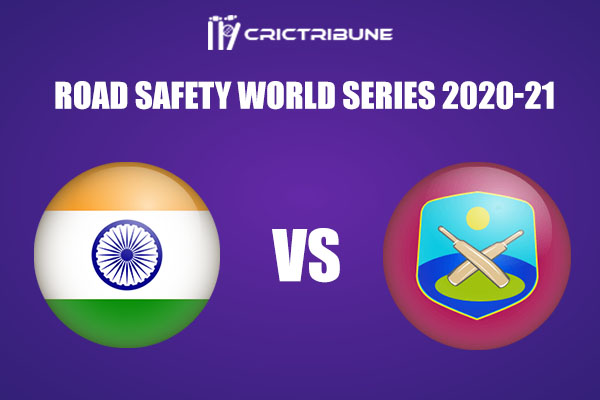 India Legends in their previous match scored 204 runs against South Africa Legends and it is the highest score made by the team in this tournament and won the game in the end by 56 runs. They had beaten West Indies earlier in this tournament by 7 wickets which gives them a slight upper hand going into the Semi-Finals.

Meanwhile, West Indies Legends made one of the improbable comebacks in this tournament to qualify for the knockout stages. At one stage they had lost 3 straight matches and almost out of the contention in qualifying for the Semi-Final. However, two successful run-chases against Bangladesh Legends and England Legends have earned the Knockout spot for them.

Half-centuries from Dwayne Smith and Narsingh Deonarine won the game for them against England Legends. They finished 4th in the standings with 12 points. They are looking completely different unit after two consecutive victories and will give a tough fight for India Legends.

As usual, it will be really hot in the afternoon with the maximum temperature hovering at 36 degrees Celsius, whereas evenings will be much cooler and the temperature will range between 27 and 31 degrees Celsius. There is no chance of precipitation for this match.

The batters continue to impress in this tournament, as they looked more settled and confident at the crease. The surface here in Raipur is a good sporting track, and we have witnessed good competitive cricket. Successful chases have become a habit, and whoever wins the toss should bowl first.