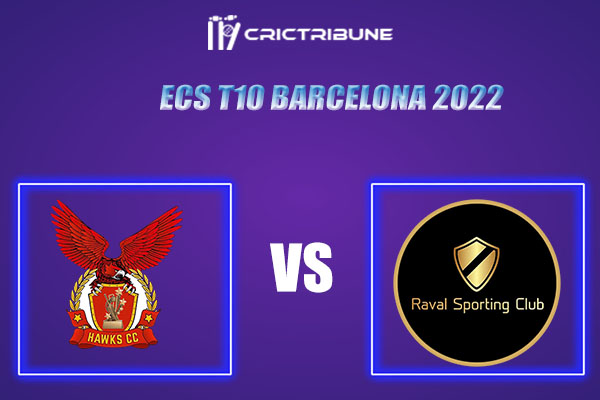 This game will see the clash between two sides of Group B of this season of the FanCode ECS T10 Barcelona.

Raval Sporting will be squaring off against the Hawks for consecutive times in the seventy-seventh and seventy-eighth match of this season of the FanCode ECS T10 Barcelona.