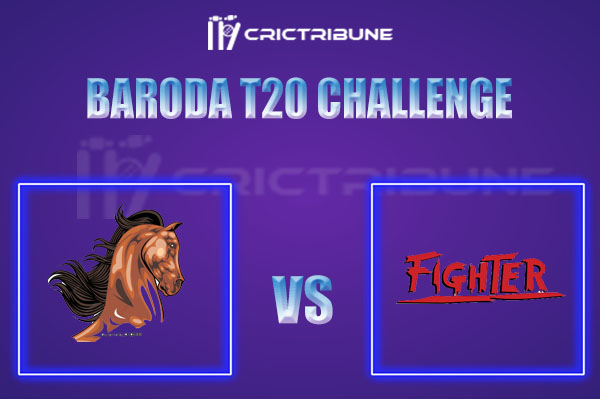 FIG vs STA Live Score, In the Match of  Baroda T20 Challenge 2022, which will be played at Alembic Ground, Vadodara.. FIG vs STA  Live Score, Match between Fighter vs Stallions Live on 12h January, 2021 Live Cricket Score & Live Streaming.

FIG vs STA Dream11 Prediction: The Fighter and Stallions will be up against each other in the Match 13 of Baroda T20 Challenge at Alembic 2 Cricket Ground, Vadodra. The Fighter team have not been able to secure victories in the tournament, and need an inspiring performances from few of their players to open their account. They lost by 61 runs in the last fixture against Titan and have a scope of improvement in both departments. While the Stallions have 2 victories in 4 league matches, and are in a positive momentum. They posted a total of 167 runs on the board and won the last league match by 10 runs against Challenger team.