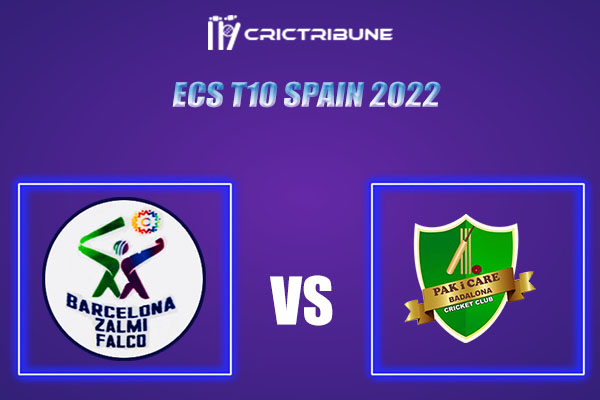 FAL vs PIC Live Score, In the Match of ECS T10 Barcelona 2022, which will be played at Montjuic Ground. PMC vs TRS Live Score, Match between Falco vs Pak I Care Wome  Live on 10 Nov Live Cricket Score & Live Streaming.

Falco are all set to lock horns with Pak I Care in the 23rd match of the ECS T10 Barcelona 2022. Falco are presently in last place on the points table, having won one and lost three of their past four games. They are on a three-match losing run and were recently smashed by MIB by eight wickets. PIC, on the other hand, now leads the points table with 8 points after winning four out of four of their previous encounters, and they will look to extend their winning streak.