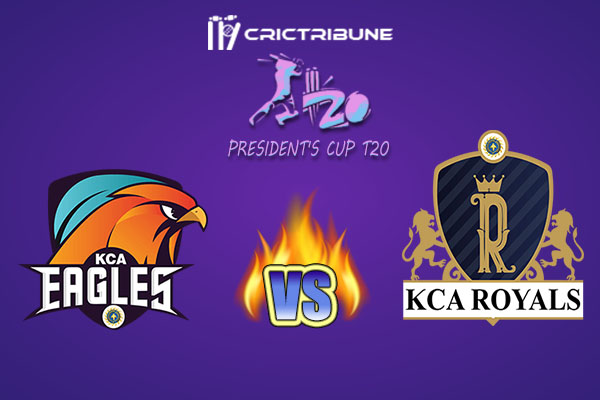 In the 27th match of the KCA Presidents Cup T20 2021, KCA Eagles will take on KCA Royals. Both the teams have really good chances of getting into the finals. Last time Royals had got the better of Eagles.

KCA Royals have almost qualified for the finals and this win can surely book their slot for the semi-finals. They will be eager to repeat the last match performance against Eagles.

On the other hand, KCA Eagles have to still fight to book their semi-finals slot. This match is very critical for them as they have to win this match to get four wins in their bag. This is a very good chance to get the revenge of last match before the semi-finals.