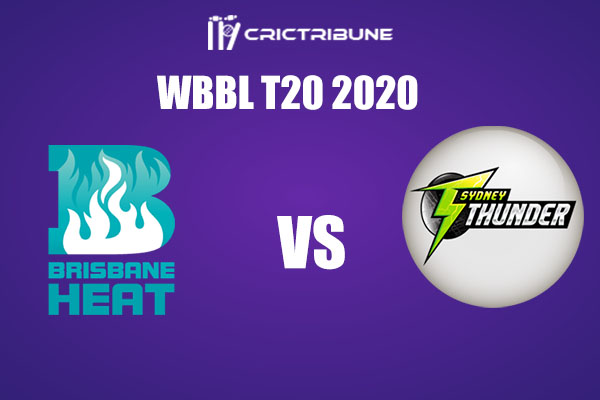 With just one win to their name in seven matches, the Brisbane Heat Women are struck in the bottom half of the points table. Rain played the spoilsport in two of their fixtures this year. They have had their share of back luck, but in the five matches that produced a result, Brisbane Heat looked unimpressive and could emerge victorious in only one game.

They will square off against the Sydney Thunder Women in their eighth match of WBBL 2020. The team from Sydney had bulldozed the Brisbane Heat Women by restricting them to 30/7 when the two sides met previously. The Sydney Thunder Women have won four of their seven matches and are the favorites to win this contest.

The skies will remain clear for the duration of this match in Sydney. The temperature is expected to be 20 degrees Celsius.

Both teams have a contrasting record at this venue. While the Brisbane Heat Women lost to the Sydney Sixers Women here, Sydney have won against both their tomorrow’s opposition and Perth Scorchers Women. The pitch has assisted the spin bowlers so far in the season.

127 (All the games played at this venue this season)