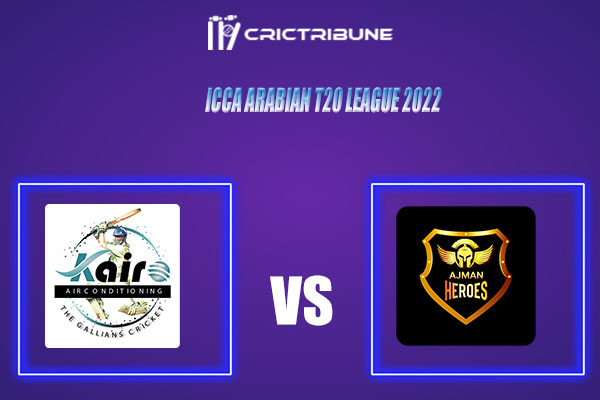 This game will see the fight between the two teams of Group A of this season of the ICCA Arabian T20 League.

Ajman Heroes will be battling against Gallion CKT Club for the first time in the thirty-eighth match of this season of the ICCA Arabian T20 League.