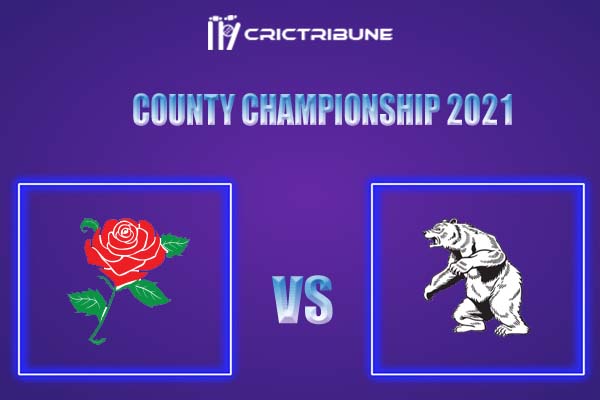 We Provide Fastest WAS vs LAN Live Score Dream 11 on www.crictribune.com

2021 County champions Warwickshire will be up against Lancashire in the Bob Willis Trophy Final, which will get underway on September 28th. With some exceptional all-round performances, Warwickshire defeated Somerset by 118 runs and emerged as County Champions for the first time since 2012. Chris Woakes was instrumental with the ball, where he picked up 3 huge wickets in the second innings.

Lancashire, on the other hand, finished second in the standings of Division 1 with 73.5 points. They won a thriller against Hampshire by one wicket in their previous encounter. Josh Bohannon had a fabulous tournament with the bat, where he has scored more than 800 runs. Josh Bailey is the main man with the ball, having scalped 50 wickets.

WAS vs LAN Squads

WAS vs LAN Predicted XIs

The temperature is expected to hover around 19°C on the matchday with 61 % humidity and 16 km/hr wind speed. There are no chances of precipitation during the game.

The surface at the Old Trafford is a balanced one, with decent assistance for both batters and bowlers on offer. It is expected to provide some initial help to the swing bowlers and the spinners might have to toil hard for wickets.

WAS vs LAN Lineup

Suggested Playing XI for WAS vs LAN Dream11 Fantasy Cricke