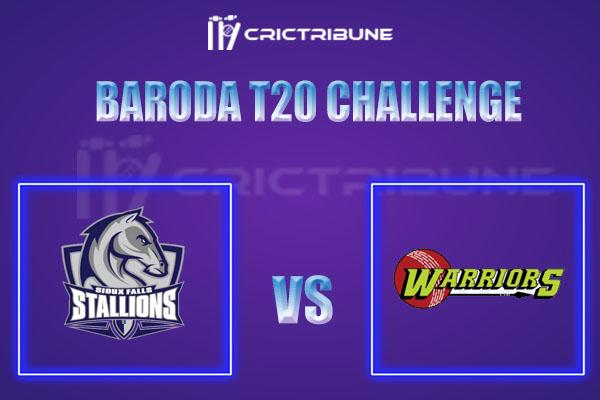 Warriors will face Stallions in the 7th match of the Baroda T20 Challenge 2022 on Sunday. Having won their first game against Fighter by 19 runs, the Warriors failed to keep the same momentum as they lost to Challenger in their next game by 24 runs. They conceded way too many runs which cost them immensely. They still have opportunities to make a comeback.

Stallions, on the other hand, were below par in their first two matches as they lost to Gladiators and Titans by 7 wickets and 3 wickets respectively. Both sides have already faced failures early on in the tournament and it’s a perfect chance for them to get 2 points.